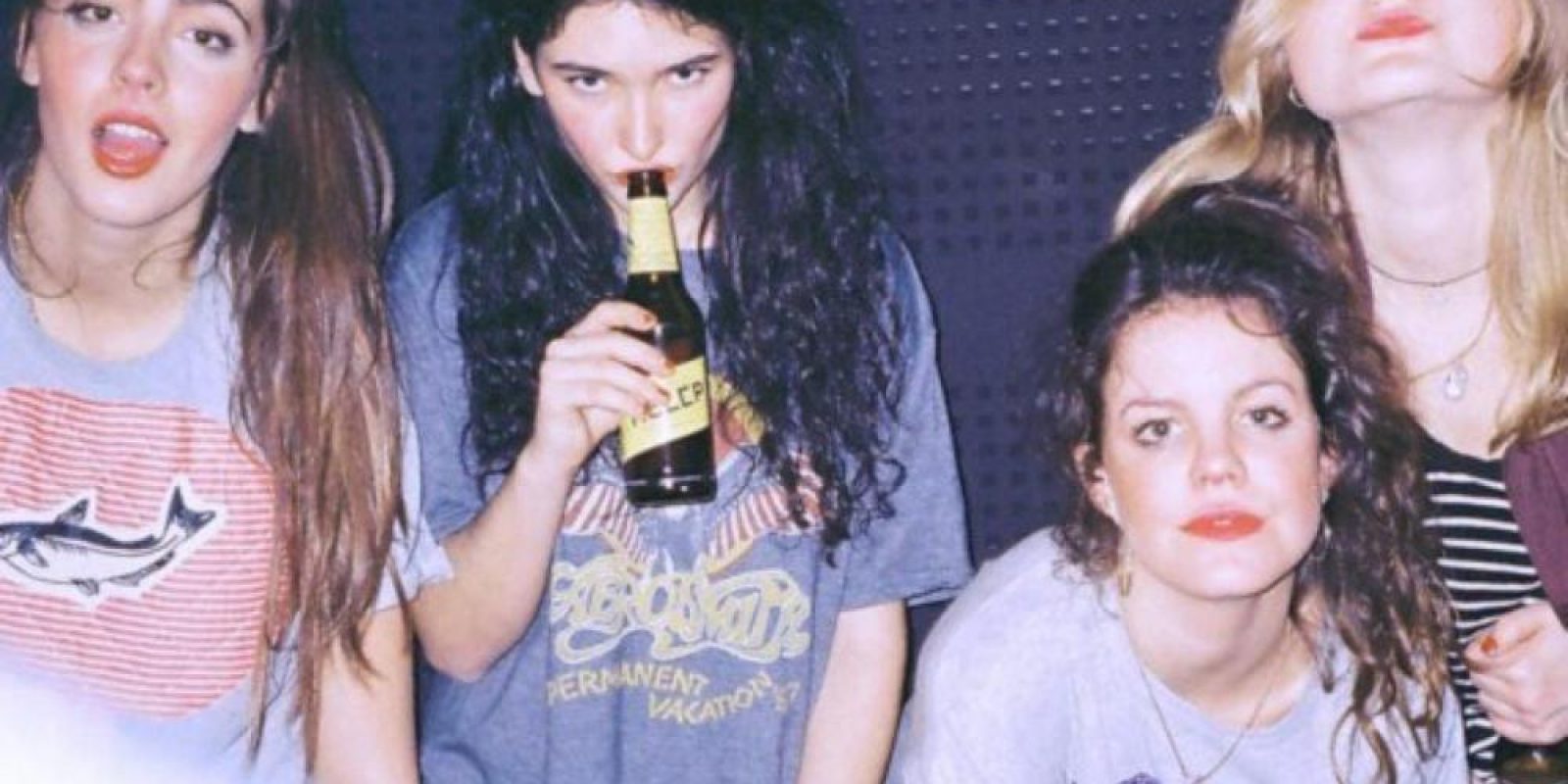 LEAVE ME ALONE: ROCK IS NOT DEAD

Debut from Hinds, a spanish garage-pop quartet, is the sound of youthful energy and beginners’ confidence.

verything they do with an astonish ease. One year back, they were an unknown band. They are now on an international tour, galvanizing everyone on their way thanks to a psychedelic DIY garage-pop-rock and their new album ‘Leave Me Alone‘. They bring a juvenile and self-confident feminine freshness while rock is still nowadays dominated by all-men bands. Indeed, there is no political message in their songs, but Hinds – maybe unintendedly – embody the new wave of the feminist and feminine punk movement, Riot Grrrl. Born in the early 90’s in reaction to the machism in the punk and rock sphere, this movement led by girls bands (BikiniKill, Bratmobile…) denounced issues such as rape, domestic abuse, slutshaming, racism, patriarchy… And there is no need of political statements to claim their affiliations to such a movement: how many spanish girl garage-pop quartet do you have in mind?

Hinds is indeed an explosive cocktail : being one of the few girls band touring nowadays is not enough, they are also one of the few spanish band internationaly known. « We are the only Spanish band, ever, in the history of Glastonbury, that has played on one of the main stages » explain Hinds‘ girls. But how did they move from the Madrid backgrounds to Glastonbury’s main stage in one year ? Their strength is their couldn’t-give-a-shit attitude. It is indeed how they explain their album name in an interview with DIY : « Who are we telling to leave us alone? » asks Carlotta. « Everyone. So many people ». « Everyone, » adds Ade, « but us ». Therefore, their debut album is a middle finger raised to everyone. Their motto ? « our shit our rules ». That is why ‘Leave Me Alone’ is almost a punk album, to the complete opposite of a dull and formatted rock of nowadays.
They are not even « real » musicians. Everything seems random, even their English accents. But we do not know why, it works. In the end, ‘Leave Me Alone‘ is a mess. But the one made with love: their love for music, with their influences (The Strokes, The Vaccines, the Parrots…), or as they say « our music, our blood, our tears, our shit, our passion and our faith » (imagine it caps lock and all). Moreover, the captivating voices of Hinds‘ girls and the weary but paradoxally energetic melodies in songs like ‘Bamboo‘ and ‘Garden‘ confirm their status of ‘best new band’.

When they first unveiled titles such as ‘Demo‘ and ‘Castigadas en el Granero‘, we could have expected a joyful album. But as they explained it, ‘Leave Me Alone‘ is tinged with melancholy, « like life itself ». ‘Warts‘, ‘Solar Gap‘ and ‘And I Will Send You Flowers‘ sound sadder than they were supposed to. In fact, their debute album is the reflection of a generation with no future, the head full of dreams, with their hipster style drawn in their most remarkable influence : Mac Demarco.
The style of this generation reaches new heights in their music videos, like the one for the awesome ‘Chili Town’: booze, cigarettes, rock’n’roll and skate park.

Their garage rock expresses itslef mainly on stage, while they’re performing sweaty and anarchical shows. So this is Hinds, a fresh and juvenile band, whom plays a self-confident rock with a lovely amateurism. And if you miss the old tunes such as ‘Demo‘ or ‘Trippy Gum‘, do not worry they also released a Greatest Hits collection even before their debute album was out (ballsy move uh?).

You can listen to ‘Leave Me Alone’ right below: