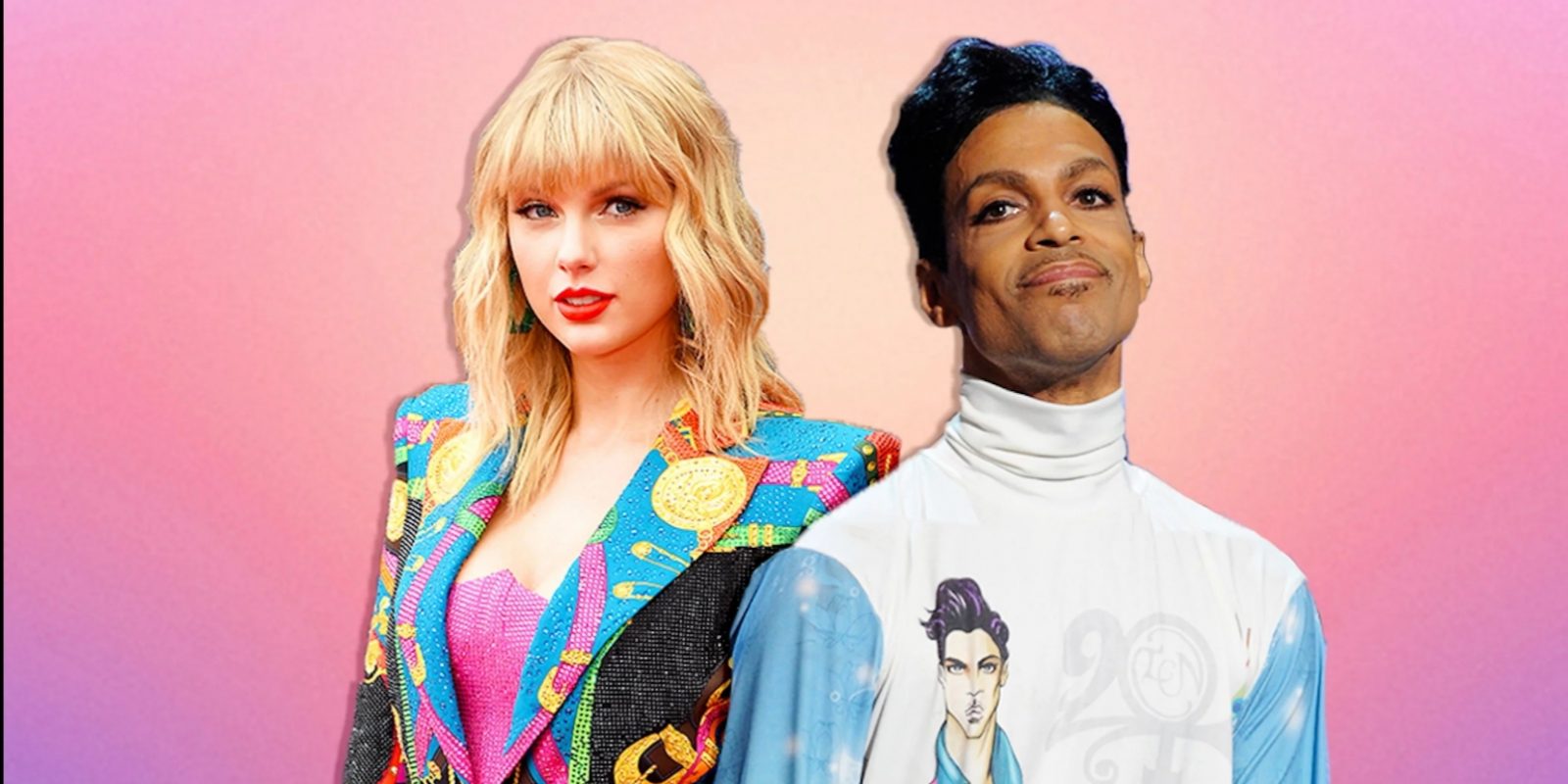 The year is 1980, the likes of big artists such as Michael Jackson, Queen, and even Bon Jovi release their latest music in the form of a vinyl record which fans can get their hands on through their local music stores. 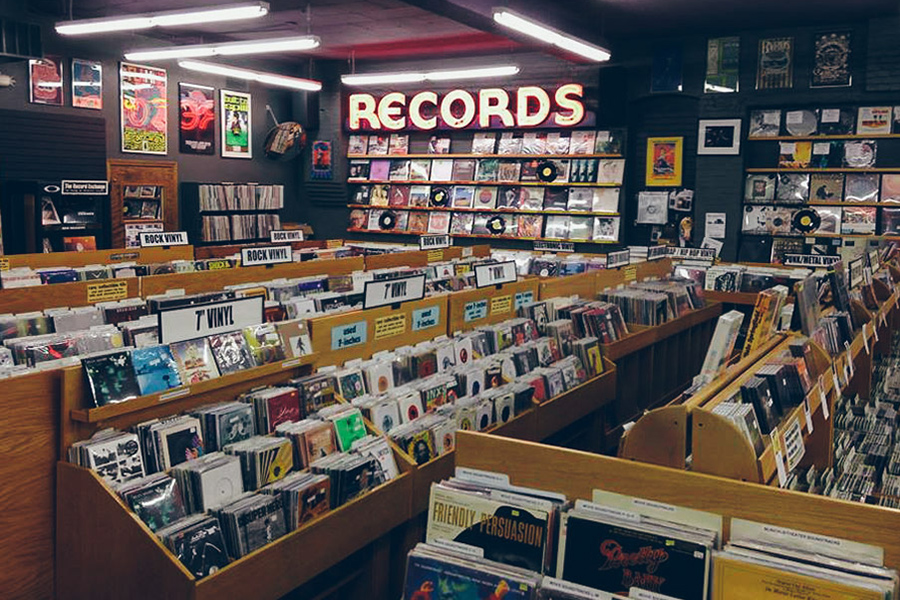 Today, technology has changed the game and completely transformed the music industry with a plethora of streaming platforms, making it so much easier for fans to consume, to share, and even to discover their favorite music. 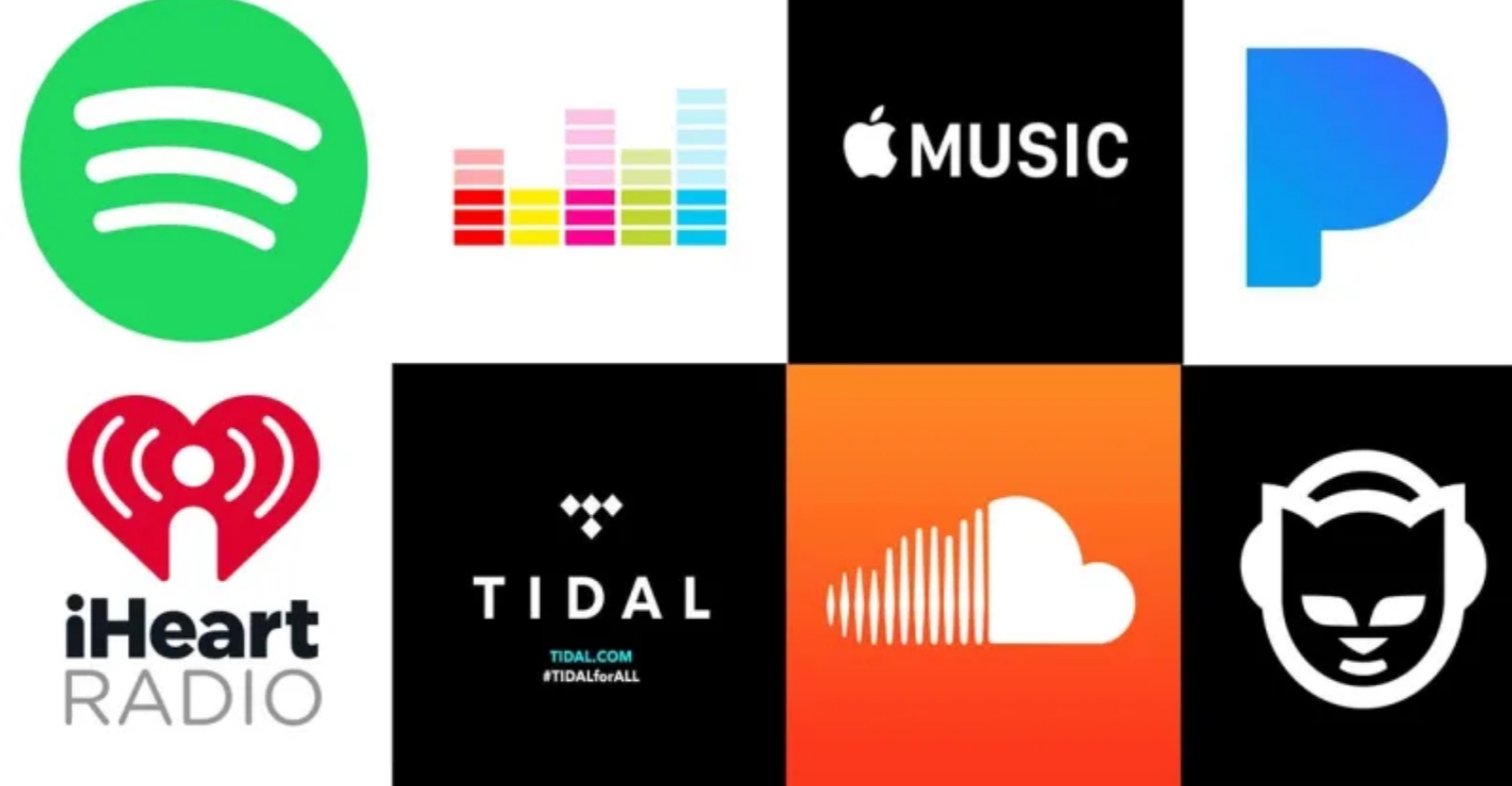 Before, it was absolutely imperative for an artist to be signed to a record label such as Redbull Records and Warner Bros Records in order to make it onto the music scene. However, artists such as Gerry Cinnamon, who just released a new album, are brilliantly challenging this law as his new found fame has been completely created online. Sharing his music on music platforms such as Soundcloud, Spotify, Youtube and even Facebook. People were so impressed by the originality and uniqueness of his music that it spread like wildfire and, until now where he has just announced his first ever UK tour.

The Glasgow-born, Chris Anderson, is another great example of an unsigned artist who, through the power of social media, managed to get over 150k streams in under a year on his first released piece of music “Dark eyes“. 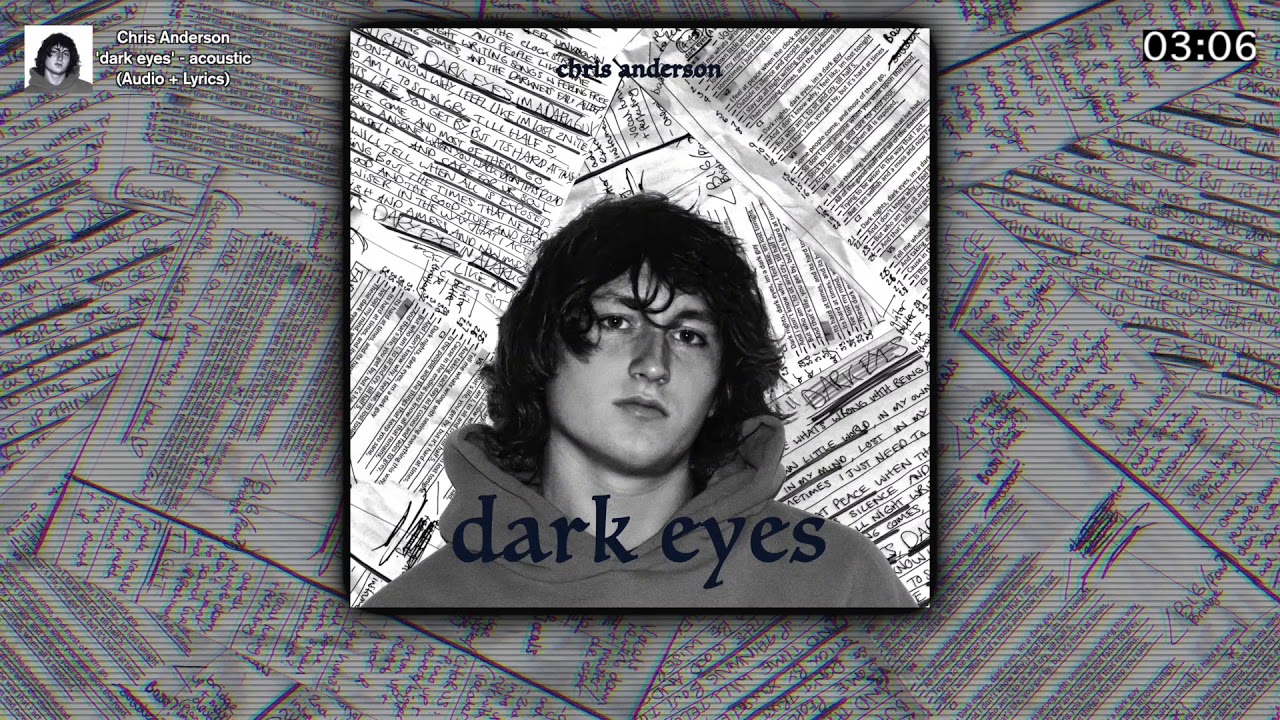 This game changer has completely shifted the dynamics of who contains power of music released to the public. Social media born artists are much more free and flexible with the way they express themselves and the style they wish to portray. Gerry Cinnamon even said in a TRNSMT interview (one of the the UK’s biggest music festivals) that he loves the freedom he gets as an unsigned artist. For him, the love and support he gets from fans online is a form of confirmation that what he produces is of top quality.

Unfortunately, there are artists today who could be described as still being chained to the control of their record labels that they have signed to. The very famous American singer, Taylor Swift, is one of these unfortunate culprits who is currently going through a legal feud with her previous record label, Big Machine Label Group. As she signed on to this label, she gave up all of her ownership rights to her music. Her first 6 albums where therefore sold to BMLG who prevented Swift from performing any songs from her first 6 albums in the upcoming American Music Awards and backlogging the release of her Netflix documentary.

Swift felt so hopeless about her lack of control over her music that she decided to tweet about the situation on 14th November titled “Don’t know what else to do” followed with screenshots of her explaining the situation at hand. The tweet gained 280k retweets and 900k likes. 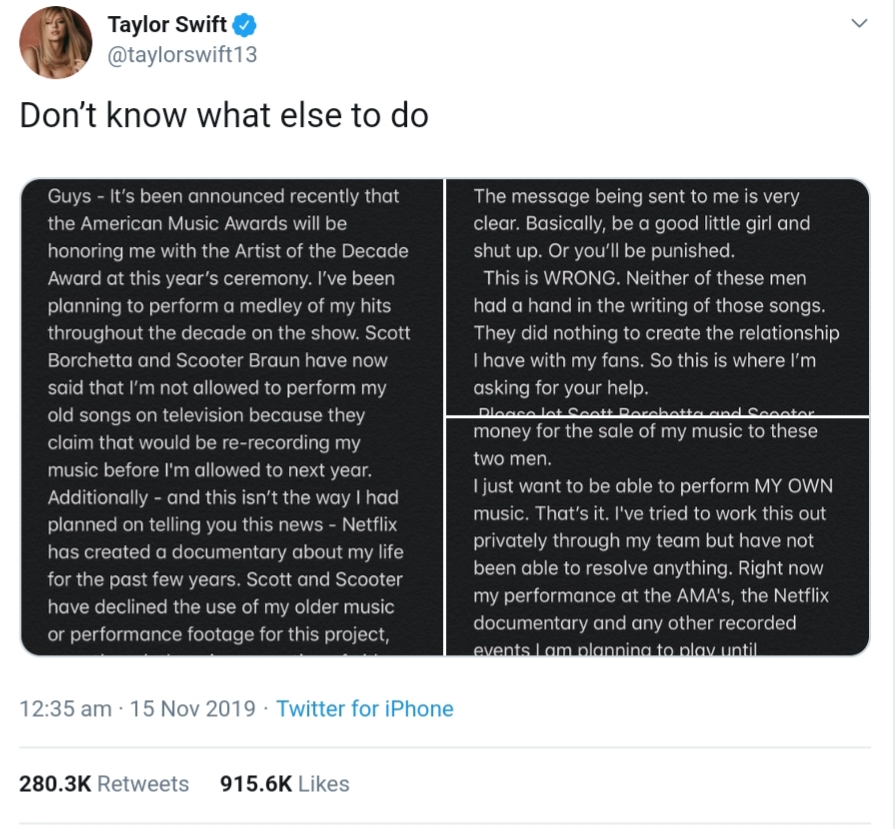 The following day, BMLG were quick to deny the claims that Swift was making on them preventing her from playing her music.

Weather social media has been good or bad for the music industry, it is an inevitable and irreversible change that the members of the industry are obliged to adapt to. We now live in a world where the future generation of musicians will be able to connect to their fans much more and have more control of their music along the way. Meanwhile, preventing big greedy companies from trying to suck as much money as they can from unsuspecting artists.